The passion for football in the North East is legendary and indisputable. The story of how The Magpie Group fought and eventually succeeded in pulling Newcastle United from the doldrums to the brink of Premiership glory, earning the team the title of ‘The Entertainers’, is a testament to that passion.

Sir John Hall was a key figure in this transformation of the club during the takeover between 1988 and 1990, although he still maintains that he “never wanted to own a football club”. Eventually persuaded to join a group of business men who moreover were supporters, The Magpie Group was born.

Team Valley Group were asked by Sir John to produce a book about the Group’s battles and triumphs as a memento for all those involved and for their families, dedicated to the memory of the late Malcolm Dix. A wealth of stories contributed from some of the key players in the group were collated by John Gibson, Sports Writer at the Chronicle and himself a member of The Magpie Group. In order to create a fitting document to tell the tales we produced a case bound, hardback book with silver foil blocking to the cover, the recollections of the contributors interspersed with photographs of key moments of the rise of NUFC from the ashes.

For us, the icing on the cake was meeting with Sir John himself when he came into the Team Valley Group premises along with John Gibson to collect the book. It was an honour to hand over the finished product of this excellent project to Sir John and the experience meant a great deal to all of our team members here who are themselves lifelong supporters of NUFC. 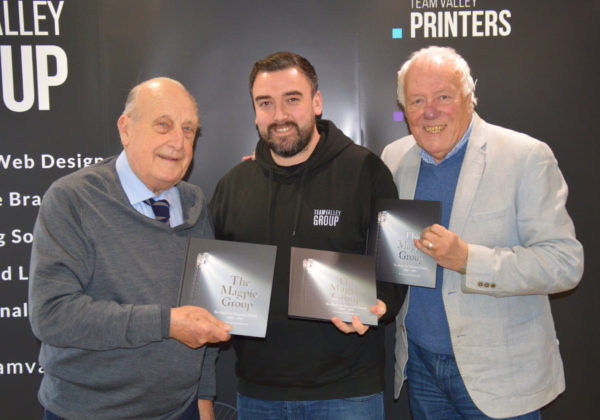 Do you have a personal project that you’re looking to bring to life through print? Here at Team Valley Group, our excellent Print department work to bring a vast variety of different projects to fruition each and every day. Get in touch and we can discuss what it is you are looking to achieve and provide you with a quote.